Submit Your Manuscript to TASP
Apply for TASP Editor/Reviewer
Share 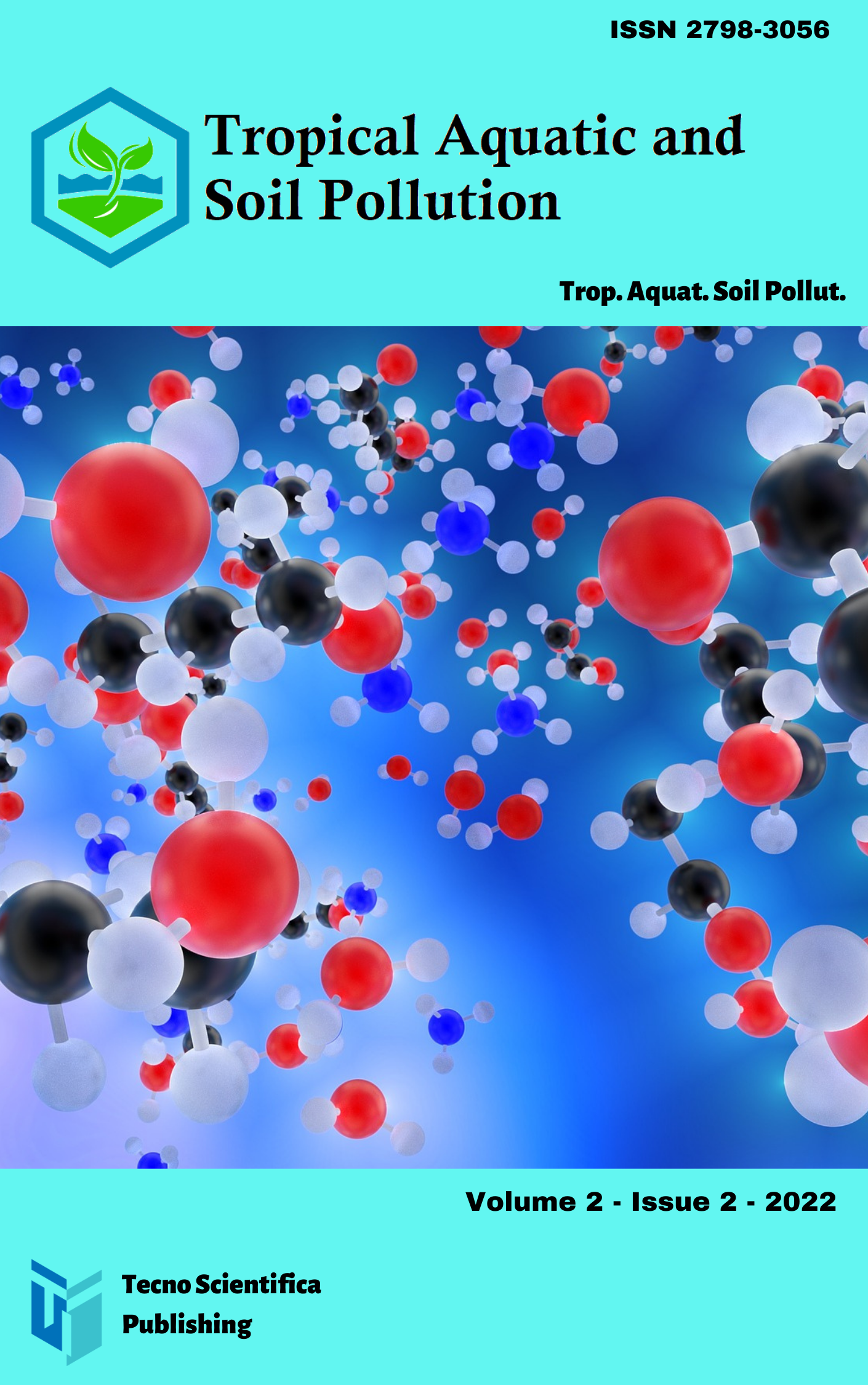 68 views
Abstract The study was carried out in Semarang City, Central Java, Indonesia, along the East Canal Flood River. There are several community activities that produce some pollutants and total suspended solids (TSS) was one of the elements is. The river transports these pollutants to the estuary. These coastal regions provide exceptional life support for creatures. This study attempts to determine the concentration value of suspended solids, its suitability to the pollution threshold value, and the distribution pattern of the sediment suspension based on hydrodynamic parameters, using the Delft3D program. This study estimated the distribution of sediment suspensions by not only describing conditions at a single point in time, but also representing seasonal conditions periodically. The concentration ranges between 0.04 kg/m3 and 0.06 kg/m3, making it good for aquaculture, marine tourism, and conservation. At high tide, the dispersion of suspended sediment leads to the land; at low tide, it leads to the sea. This study can be utilized as a supplement to prior research, which mainly consisted simply of sediment suspension distribution maps.[...] Read more. Full text
Open Access Article

126 views
Abstract This study aims to understand the soil impacts of illegal dumpsites in Malaysia through quantifying the heavy metals in the soil of two dumpsites, one receiving construction waste and the other receiving municipal solid waste. Five soil samples were collected from each dumpsite, and sampling was repeated in the second week to examine the temporal changes in the levels of heavy metals. All sampling was conducted in triplicates. The soil samples were sieved, dried, and digested with aqua regia at 70 °C, after which the digested mixtures were filtered. The filtrates were diluted and tested with an atomic absorption spectrophotometer for heavy metals. The soil heavy metal concentration ranges were as follows: Al (24.67-142.20 mg/kg), Cd (< 0.01-0.083 mg/kg), Cu (0.10-14.99 mg/kg), Fe (11.20-241.77 mg/kg), Mn (0.09-22.60 mg/kg), Ni (0.02- 0.77 mg/kg), and Zn (0.14-35.03 mg/kg). All the heavy metals have been detected at all the sampling points except that the Cd levels at some sampling points were below the detection limit. The levels of heavy metals varied spatially and temporally, though higher Cd, Cu, Fe, Mn, Ni, and Zn were detected consistently at two sampling points of the dumpsite receiving municipal waste. This could be linked to the electrical and electronic waste at the dumpsite. The levels of heavy metals in the soil did not constitute soil contamination. However, it is important to control illegal dumping activities to reduce the associated health and safety concerns, such as infestation of vermin, fire, physical hazards, and odor.[...] Read more. Full text
Open Access Article

13 views
Abstract An increase in industrialization, urbanization, and the rising demand for food and other essentials for human sustainability leads to a rise in the amount of waste being generated daily by individuals, communities, and nations if not properly managed. In Abia State, particularly at the central entrance into the city of Umuahia, generated waste is eventually thrown into open dumps, causing a severe impact on soil, surface and ground water quality. As a result, it has become a probable source of human health risk. Therefore, this study was aimed at investigating the effect of solid waste dumps on surrounding soil and groundwater quality in Umuwaya Road, Nigeria. Three soil samples and three groundwater samples were collected and analyzed. Heavy metals from soil and groundwater were measured by using flame atomic absorption spectroscopy. The physicochemical properties of the soil and water samples were also determined following standards. The data was analyzed using the descriptive SPSS statistical package. The concentration of heavy metals in soil samples revealed copper (0.01±0.00–0.26±0.07), cadmium (0.00±0.00–0.18±0.01), lead (0.03±0.01–0.40±0.03), iron (0.06±0.01–0.58± 0.02) and zinc (0.02±0.01–0.20± 0.04). All the water parameters and heavy metals screened in the samples were within the World Health Organization (WHO) and Nigeria Standard for Drinking Water Quality (NSDWQ) permissible limits, respectively. It is recommended that indiscriminate waste disposal should be prohibited completely in the capital city. Waste reduction, recycling, and reuse must be promoted by the citizens of the state for a sustainable future.[...] Read more. Full text